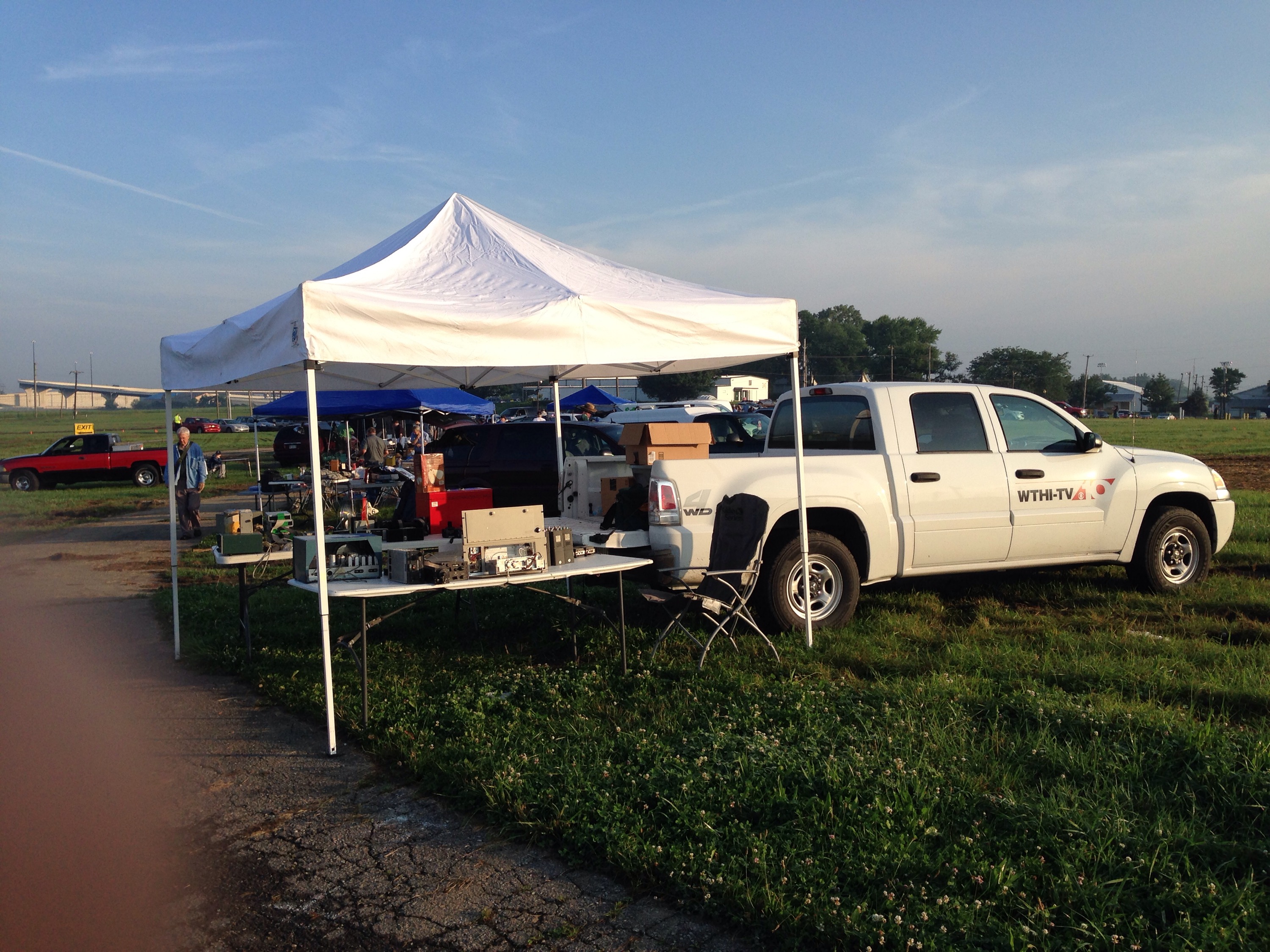 I attended the Indianapolis Hamfest at the Marion County Fairgrounds on July 11th. 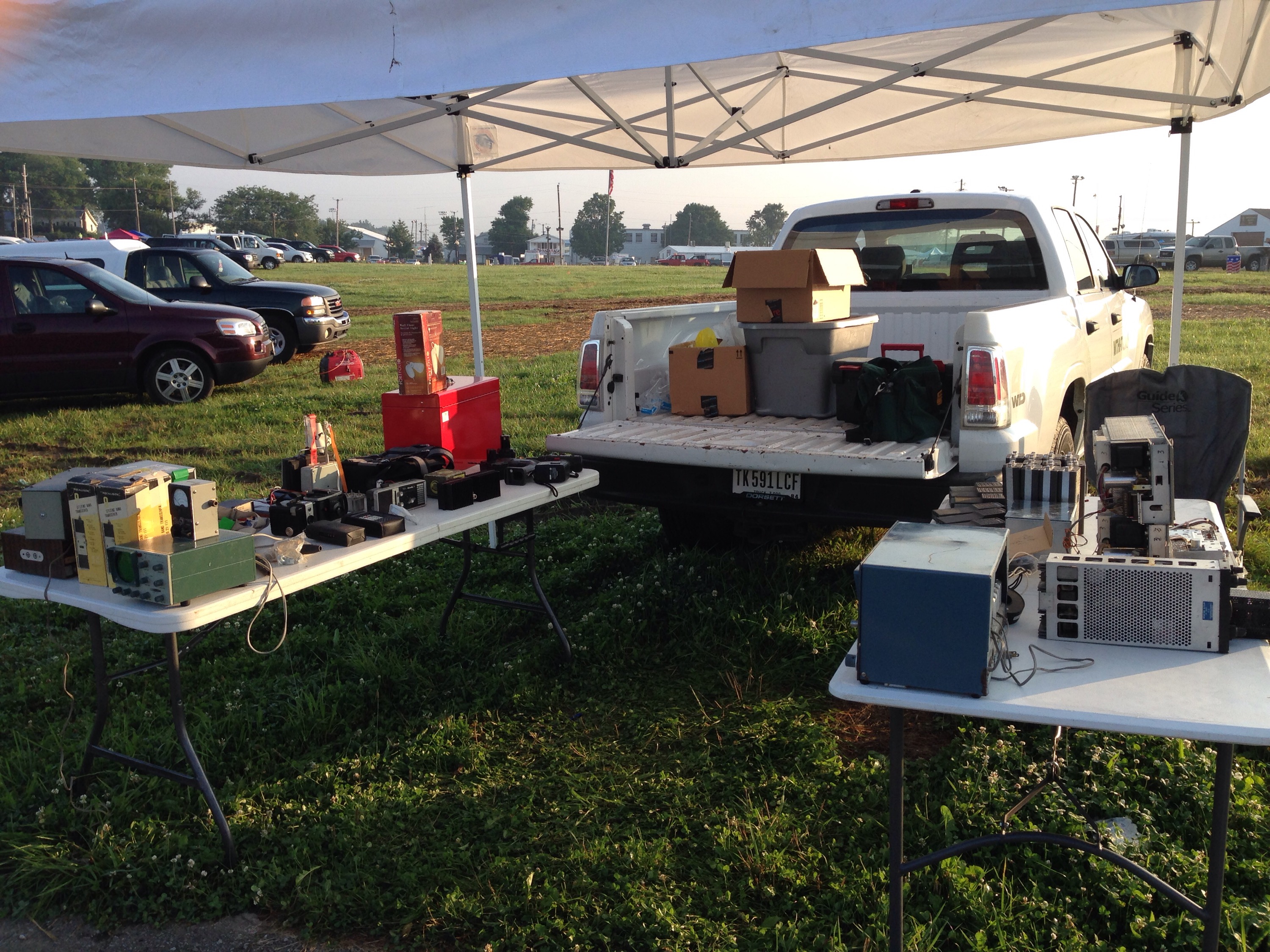 I always sell stuff at this hamfest. I’ve had very good luck in the past with selling and with purchases.

One of the main reasons I like this Hamfest is that I always see people that I haven’t seen in years, or at least since last year. 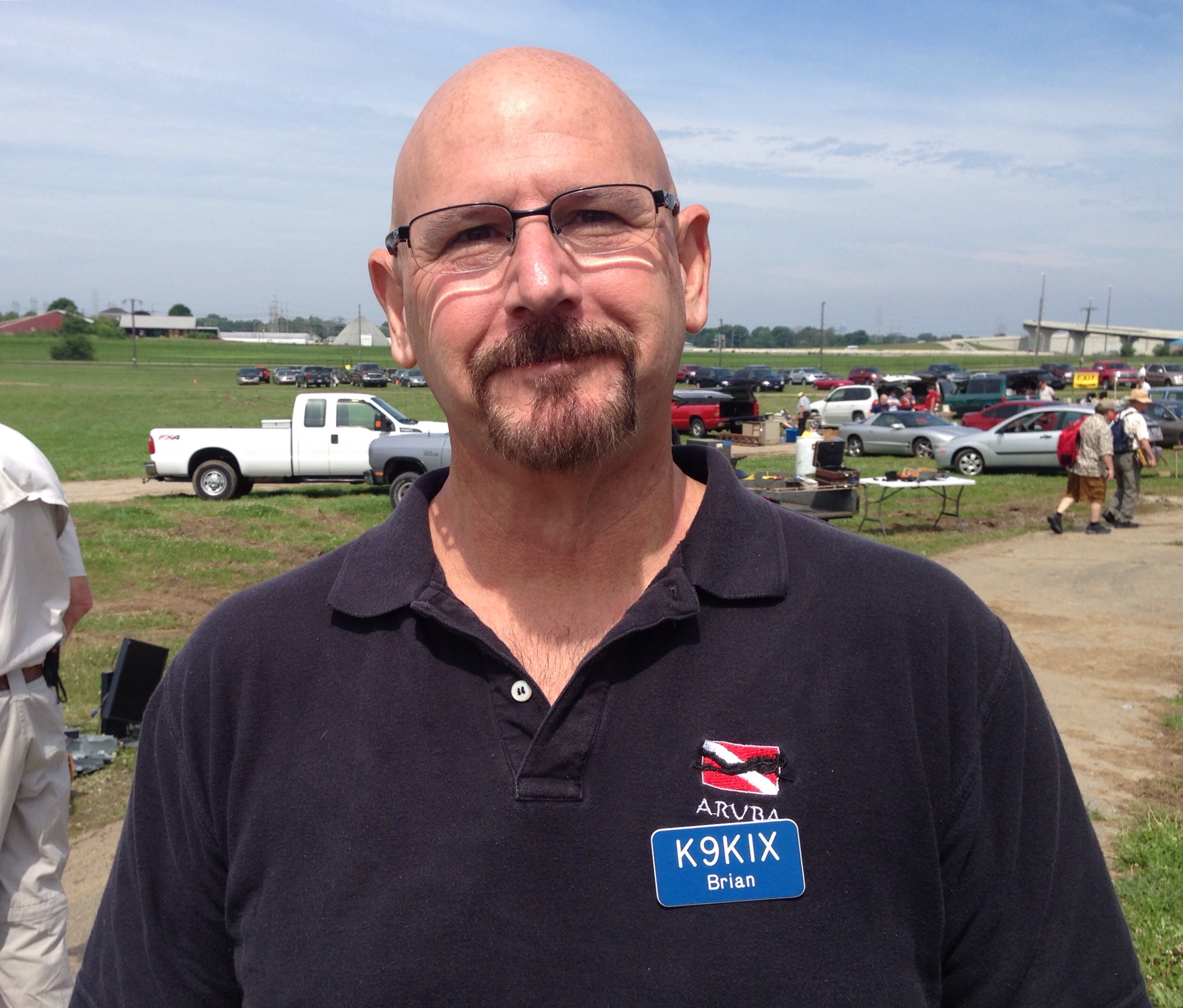 This guy, Brian K9KIX, came by the booth to my surprise. I had held the call sign K9KIX for many years. It turns out Brian had the call sign for just three days prior to the Hamfest. He had wanted to become a ham for many years, but had not taken the test untill now. What a coincidence!

Something I haven’t seen for a while at a Hamfest are WWII command receivers. Back when I was a novice, these receivers were a hot commodity.  They showed up at hamfests often, and were quickly bought by hams wanting a fairly good receiver at a good price. They made excellent novice receivers. At least I thought so at the time. The receivers pictured were very valuable back in my novice days, two of them cover 80m, and one covers 40m.

I purchased several CB radios with SSB at the fest. I buy these whenever I see them, usually for $5 or less. I have found several at yard sales for $3. These radios contain crystal filters and many other parts than can be used to build QRP SSB projects.